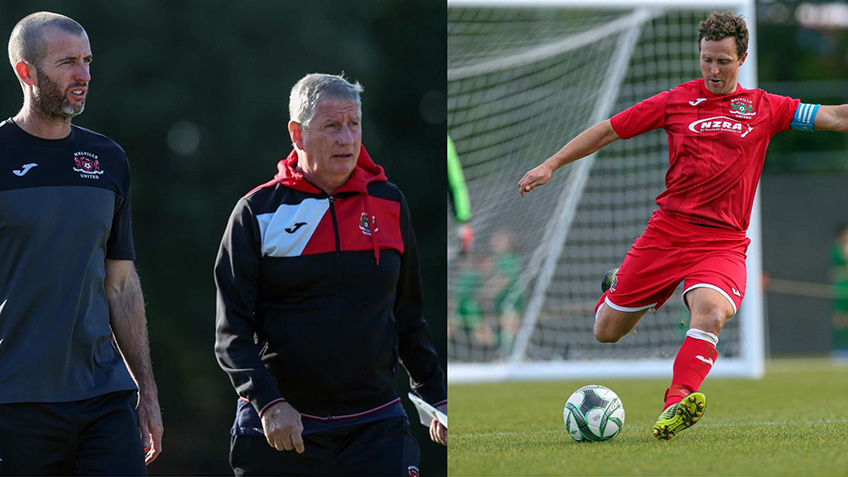 AUCKLAND, New Zealand - Auckland City FC head into the unknown as they take on Sam Wilkinson's Melville United at Gower Park on Saturday.

Like his father, Roger, Sam Wilkinson has excelled in the coaching sphere, with stints as Academy coach at both West Bromwich Albion and Birmingham City.

He also spent time as assistant coach for the Wellington Phoenix reserves and filled the same role for the New Zealand U-17 men's team in 2019.

An Auckland City FC player under his father Roger back in 2006-07 but it was a tenure that ended abruptly just prior to the FIFA Club World Cup in Japan.

Auckland City FC coach José Figueira downplayed those connections given 15 years has passed since then.

"Its natural to make those connections in football but Sam played at Auckland City FC a long time ago although its normal to want to put one over one of your old clubs.

"One thing we can be sure of is Sam is a great competitor and will have looked at the way we've done things and come up with a game plan to try and win the game.

"You only have to look at the league table to see Melville United have made a strong start to the season.

"They're a good team, they're a team that are traditionally tough to beat at Gower Park and in Sam they've got a coach who will make sure they are very well prepared.

"Melville United have shown flexibility and moved between a couple of systems and formations. Likewise, they've shown they're more than capable of high pressing and suffocating teams and equally sitting a little bit deeper and making the spaces really small and hit teams on the break.

"Whatever that scenario may be our players will be ready," he said.

There are other connections between the two clubs - former All Whites defender Aaron Scott played for former Super City derby rivals Waitakere United during their four-in-a-row NZFC winning sequence.

While Melville United have notched important wins over Western Springs and North Shore United, the elephant in the room is their 9-0 defeat at Birkenhead United.

Figueira describes that result as a pure anomaly.

"They've had a couple of eye-catching result and, obviously, one heavy defeat in the away game at Birkenhead United. That result is an anomaly. Melville United have shown character and quality and bounced back at Eastern Suburbs with a 1-1 draw. It's never easy to go to Suburbs and get a result like that so that shows you the resilience they've got," he said.

Figueira's biggest headache will be who to pick for his starting eleven with a full complement of players to select from, including midfielder Adam Thurston.

Cam Howieson and Mario Ilich each saw game time while Conor Tracey showed he's lost none of his reflexes after playing just his second game in last week's 5-0 defeat of Birkenhead United.

With Reid Drake, Yousif Al-Kalisy, Aidan Carey, Matt Ellis and Ilham Hameedi all shining in recent weeks, it becomes difficult to predict who will be in the squad, let alone the eleven starters.

Figueira understands the complexity of choosing a team when he is spoiled for choice and he plays his cards close to his chest.

"Adam Thurston has looked very sharp and put his hand up for team selection just like a number of players in the squad. We've had a positive result and the vibe and intensity at training this week has been excellent.

Yeah, it's glorious.@McisaacTony bloody told you that lad could strike it from outside the box. Bloody tops Lachie!

Also, centre back come striker Super Mac was first to react, and made sure if it!#ThisistheWay pic.twitter.com/j7Ml6i1bcs

"I was delighted with last week's performance. We were ruthless, intense both with and without the ball, the attitude and application of the players was exemplary.

"The message this week has been we want that to be the bar we've set and we want to keep raising that bar and that has been made clear to the players loud and clear," he said.

The Northern League match between Melville United and Auckland City FC is set for Saturday 15 May, 2021, and kicks off at 3.00pm NZDT.

In U-23 action, Auckland City FC U-23s are also away to fifth-placed Melville United U-23s, with Kris Bright's team looking to bounce back after a 3-2 loss to Birkenhead United.

Eastern Suburbs U-23s top the Lotto NRFL U-23 Premier Division and are also in Hamilton when they face Hamilton Wanderers at Porritt Stadium.

PREVIOUS MEETINGS
Melville United and Auckland City FC have yet to meet in either a competitive or friendly match.

PLAYER TO WATCH
Former All Whites defender Aaron Scott is Melville United's talisman - a goalscoring defender who bleeds red and white, Scott was also a key figure at Waitakere United during their heyday in the now defunct ISPS Handa Premiership.

Melville were formed in 1972, initially as Melville District Schoolboys AFC. Founders Bob Owens and Tony Tatler sought to combine the strengths of all the schools in the Melville area and originally operated from a home base at Te Anau Park. In 1981 the shift was made to the current headquarters at Gower Park, with clubrooms initially based on private land at the south-western corner of the park on Kahikatea Drive. Since then the clubrooms have been relocated and are now adjacent to the council amenities block at the park.

Over the last 30 years significant investment has been made in facility improvements at Gower Park. This has included major clubrooms refurbishment, carpark development, erection of floodlighting and a public address system, construction of a crowd barrier fence around the No 1 pitch, seating and perimeter fencing. The Gower Park No 2, No 6 and No 7 pitches are fully floodlit with a further floodlit training area at Kahikatea Park. There are seven full-sized pitches at Gower Park, with a number of various-sized junior pitches.

In 1996 new criteria for the national league meant near neighbours Waikato United were no longer allowed to operate as a one-team entity at that level. They amalgamated with Melville to form Melville United, and it was under this name that the new entity contested the summer national league in 1996-97 and 1997-98.

Waikato United had been founded in 1988 with the specific objective of contesting the National League. Waikato United continued to operate from Muir Park until 1996 when the club was forced to sell its headquarters. (Waikato had previously amalgamated with Hamilton AFC, and among their combined honours were Northern League winners (1972, 1976, 1979, 1984 and 1987), Air New Zealand Cup Winners 1976 and Chatham Cup Winners (1964, 1988, semi-finalists 1970 and runners-up 1992). In turn Hamilton had been formed by an amalgamation of Technical Old Boys (1949) and Wanderers (1913), though Wanderers broke away as Hamilton Wanderers. 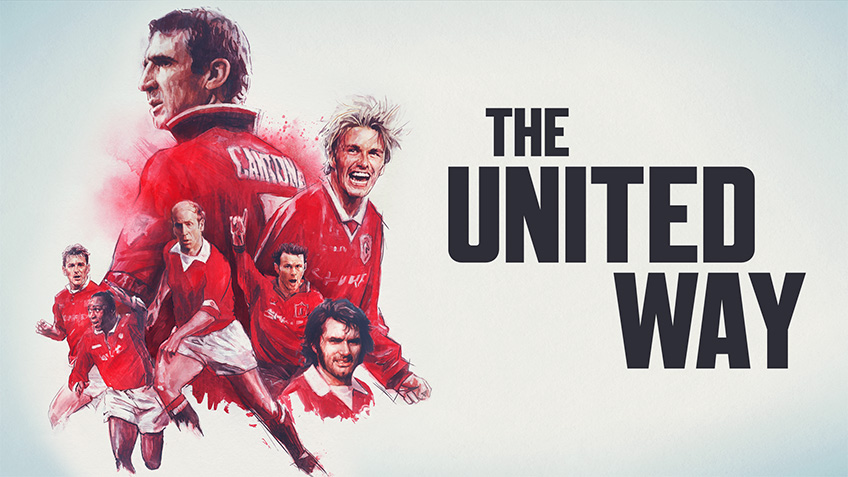 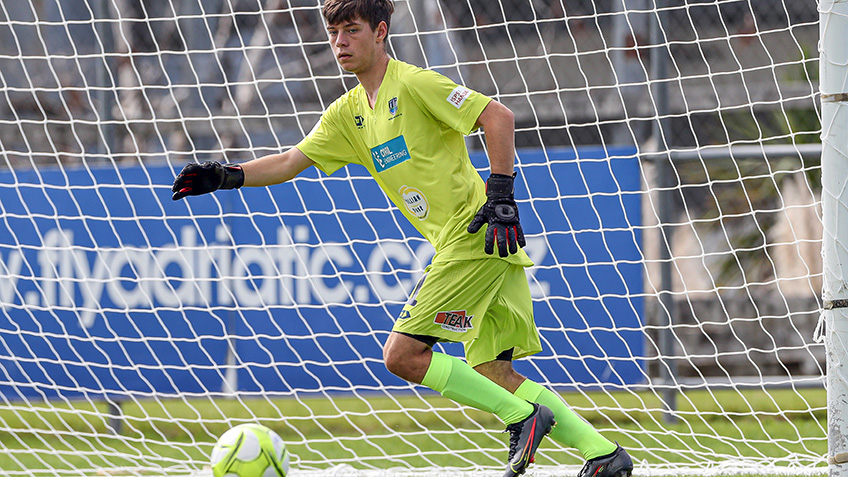 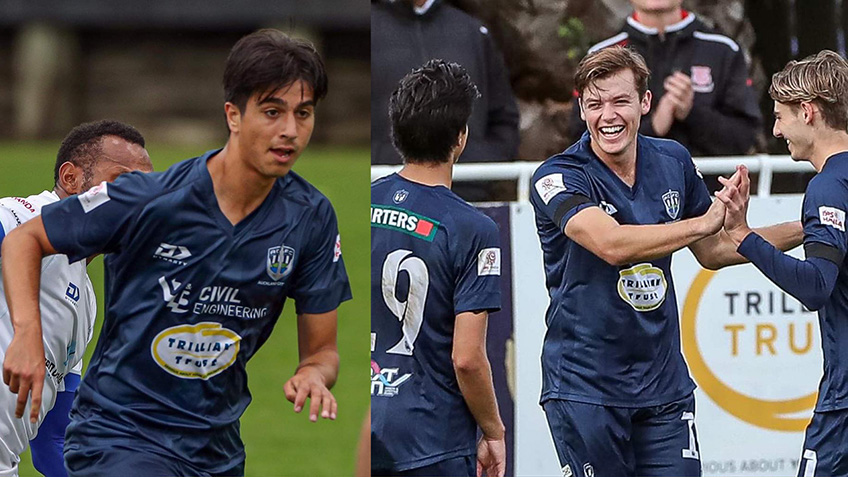 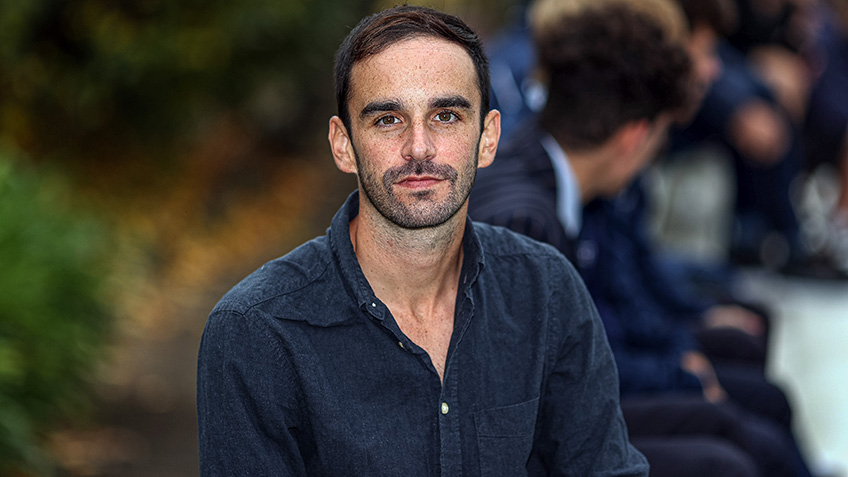