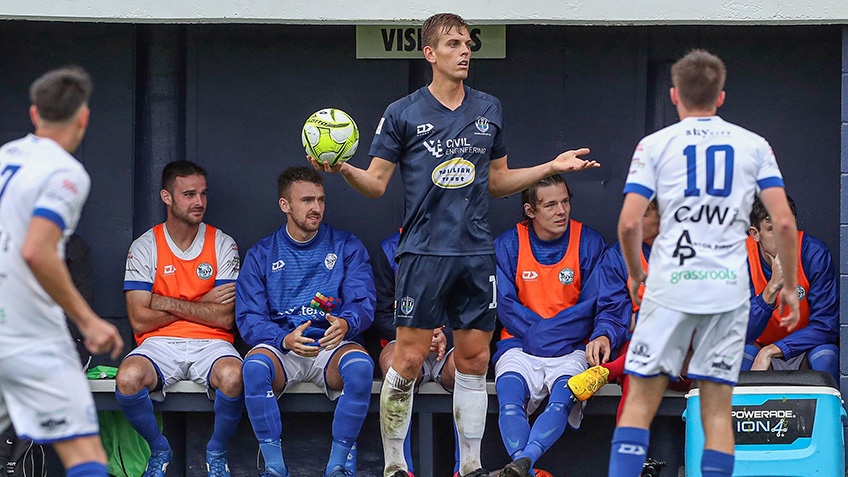 United sit fourth in the league table with four wins and three defeats but it seems the two-time Chatham Cup winners are dabbling with a Jekyll and Hyde persona unable to fuse together a consistent run of form.

With Auckland City FC looking to bounce back from last week's upset 3-2 loss to ten-man North Shore United, coach José Figueira remains sharply focused on an opponent he thinks will be in the National League Championship come the end of winter.

"Birkenhead United are a team who will be challenging for the top four places this season. I have no doubt about that. They are a team that has always had a strong pedigree in the Northern League.

"Birkenhead have had a solid start to the season with some eye catching results along the way, and I know that Paul will have his side set up in their usual fearless high intensity football approach they are know for.

"Like any team coming to Kiwitea Street they will be leaving it all out their on the pitch and we are looking forward to an exciting game with them," he told www.aucklandcityfc.com.

NEWS - Condolences after the passing of Paul Brown

Auckland City FC and Central United FC are saddened to hear of the passing of long time supporter Paul Brown.

With a four point spread between Birkenhead United and ninth-placed Bay Olympic, who can hardly blame them if they're looking over their shoulder which makes them a dangerous prospect.

"There is still more to come from our group. The defeat to North Shore United was a strong reminder for all of us that no matter the moment of the game we cannot allow ourselves to lower our high standards. We must maintain the high levels of concentration our playing style and philosophy demands.

"Training this week has gone to another level, not just as a natural response from a negative result, but because we've welcomed back some of the players in our squad who have needed to refresh after our efforts in the ISPS Handa Premiership over the summer.

"Adam Thurston, who for the past week has been fully integrated into training, is raring to start his Auckland City FC career and has brought a breath of fresh air into the squad," he said.

One player who won't be involved is Albert Riera, 37, who this week was confirmed as the new head coach of West Coast Rangers.

Riera, who played 142 times for Auckland City FC in two spells between 2010 and 2021, is seventh in the list of all-time appearance holders for the club.

"It has been an absolute pleasure working with Albert over the past few seasons who day in day out truly lived the standards and values the clubs lives and breathes.

"Albert not only lead by example on and off the pitch, but always had time for the younger players around him to provide advice and support.

"I have no doubt that Albert will have a bright future in coaching and wish him all the best," he said.

In U-23 action, Auckland City FC take on Birkenhead United at Croatian Cultural Society on Saturday 8 May, 2021, at 12.00pm NZDT.

The Northern League clash between the two clubs is for the same day but at Kiwitea Street with the match set for a 3.00pm NZDT kick off.

ABOUT BIRKENHEAD UNITED AFC
The club was established as Birkenhead in 1960 before it amalgamated with Birkdale in 1963 taking its current name as Birkenhead United. Since 1965, Birkenhead have mainly played either in Division 1 or Division 2 of the Northern League though they twice early on, made it into Premier Division in 1968 and 1970, only to be relegated again that same year. They also had one of their best early runs in the 1970 Chatham Cup, making it to the 5th round before losing to Eden 1–4.They wouldn't repeat that success in the cup again until 2010. Again going down in the 5th round, this time to Glenfield Rovers. Birkenhead started to see more success in the 2010s, with them again making the Premier Division in 2013 and they have stayed there since. They have just missed out on winning the division four times in 2013, 2014, 2016 and 2017.

THE CHATHAM CUP
The success in the local league was also replicated in the Chatham Cup, where in 2012 and 2013 they made the quarter-finals.2015 they made the semi-finals, only losing 3–4 on penalties to Napier City Rovers, before they finally won the cup in 2016, beating local rivals Waitakere City 3–2 in extra time. They wouldn't have to wait very long before they won the cup again, when in the 2018 Chatham Cup, they made the finals. This time they were facing Wellington side Western Suburbs and after 120 minutes the score was tied 1–1 before Birkenhead prevailed on penalties 5–4 to claim the cup for a second time in three years.

PREVIOUS MEETINGS
Birkenhead United and Auckland City FC have yet to meet in either a competitive or friendly match.

PLAYER TO WATCH
Alex Grieve has set the Northern League alight with a string of fine performances that includes three hat-tricks for his total of ten goals. 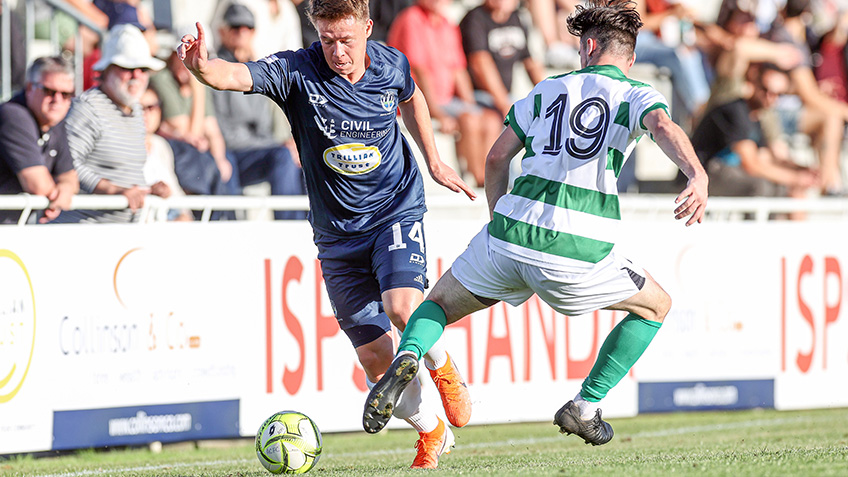 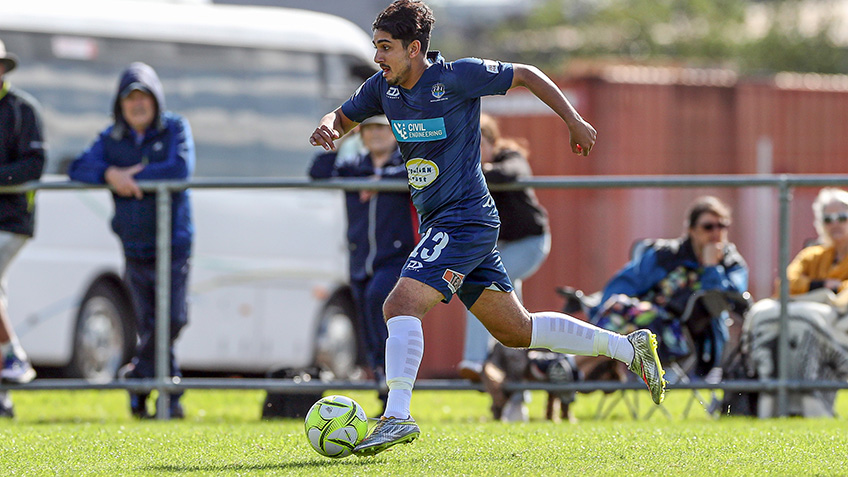 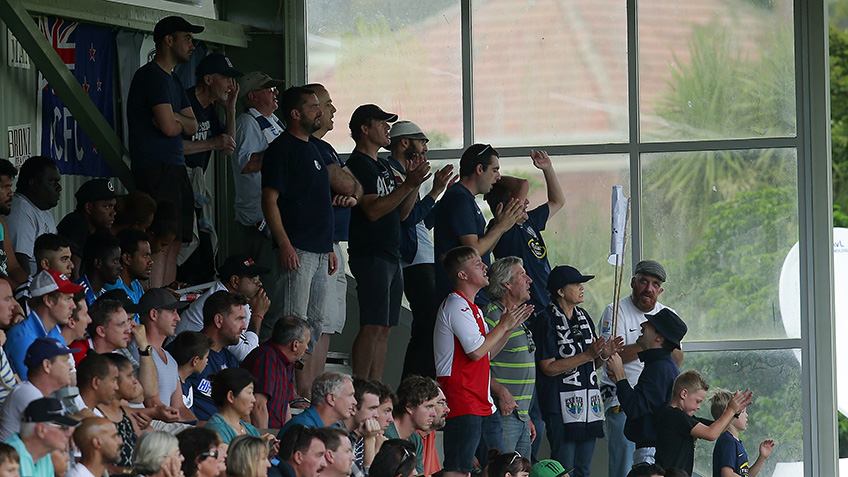 Condolences after the passing of Paul Brown 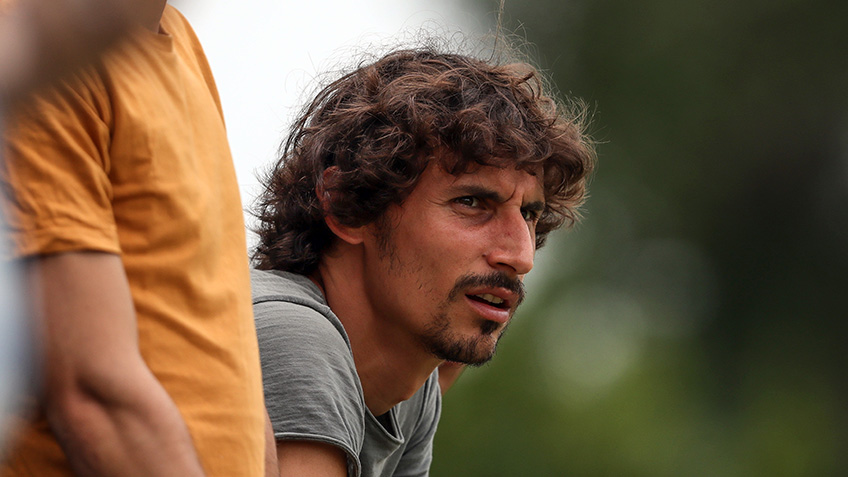