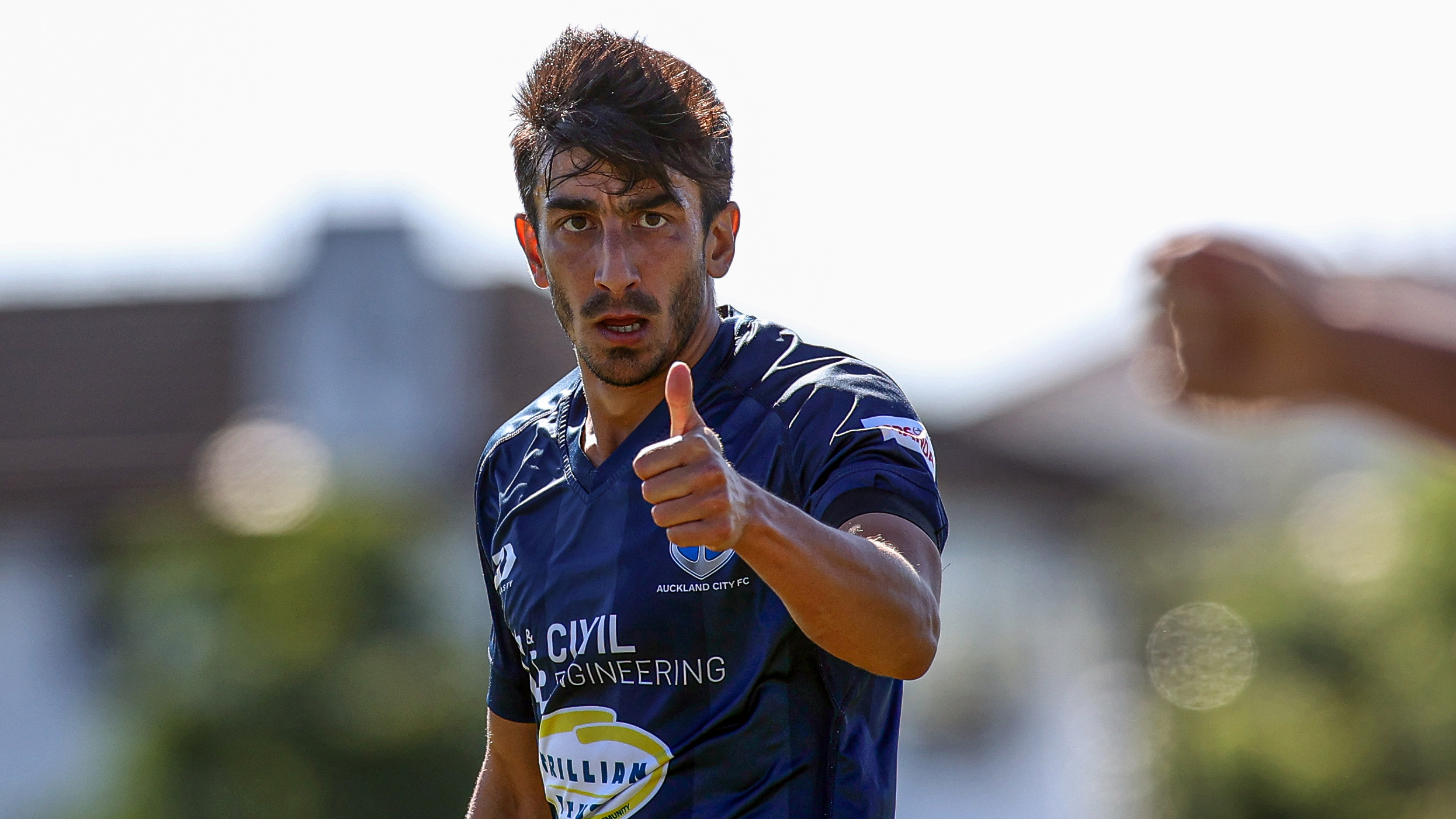 In their last two games, City have had to withstand opponents coming out of the blocks aggressively but there was no such hanging about today as Figueira's team struck twice in the opening 15 minutes.

Kaltak, starting just his second match of the winter campaign, blasted a header home after just six minutes and Awad, a scorer off the bench in the 4-1 rout of Northern Rovers last week, picked up where he left off doubling the advantage on the quarter hour mark.

Wanderers came back into the match late in the first half but were unable to capitalise and then with 20 minutes left to play the game turned on its head.

Referee Nick Waldron awarded the Navy Blues a penalty kick following a head clash in the Wanderers box that left Paul Clout laid out on the turf.

Emiliano Tade slotted home to make up for his last penalty take that hit the crossbar in the ISPS Handa Premiership grand final against Team Wellington to re-establish the Navy Blues two goal buffer.

Hameedi, who has played twice for the U-23s before today's senior debut, was pleased with his start to life in the first team.

"I was happy with the way the team played and I was happy with how I played. One or two things could've been a bit better but we have to be happy we've picked up three points today. The experience of senior football was good.

"The step up wasn't too hard today because I've been training with the first team so I was used to the tempo and the other players didn't make it too hard for me to adapt.

"We started the game off pretty well with two early goals in the first 20 minutes but we dropped off in the second half until we got the penalty which helped us a lot.

"Personally, I'd like to get the ball and open out a bit more and not get caught on one side. I was happy to get on the ball and play through the lines and experience overall today was a good one," Hameedi told www.aucklandcityfc.com.

The victory gives Auckland City FC a 100 percent winning start to their life in Northern League following their wins over Manukau United (3-1) and Northern Rovers (4-1).

At Gower Park in Hamilton, West Coast Rangers tough start to the season continued after they lost 1-0 at Melville United.

Eastern Suburbs AFC's match with North Shore United at Ngahue Reserve, an artificial pitch, was postponed due to flooding.

Western Springs can stay top of the Northern League if they can beat Birkenhead United in the late kick off at Seddon Fields at 5.30pm NZDT tonight.

In the U-23s match played at the Croatian Club in Te Atatu, Auckland City FC were no match for Hamilton Wanderers as the Navy Blues racked up a 7-0 thumping of their Waikato visitors.

A brace for skipper Brooklyn Heath, one each for Dempsey Thomas, Anthony Duncan, Louie Danielson and another by full debutant Jeremiah Ruawhare completed the Navy Blues scorers.

Rhys Davies, Hayden Cooper and Wilson Fisher each made their U-23 debut for Auckland City FC.

The game kicks off at 3pm NZDT. 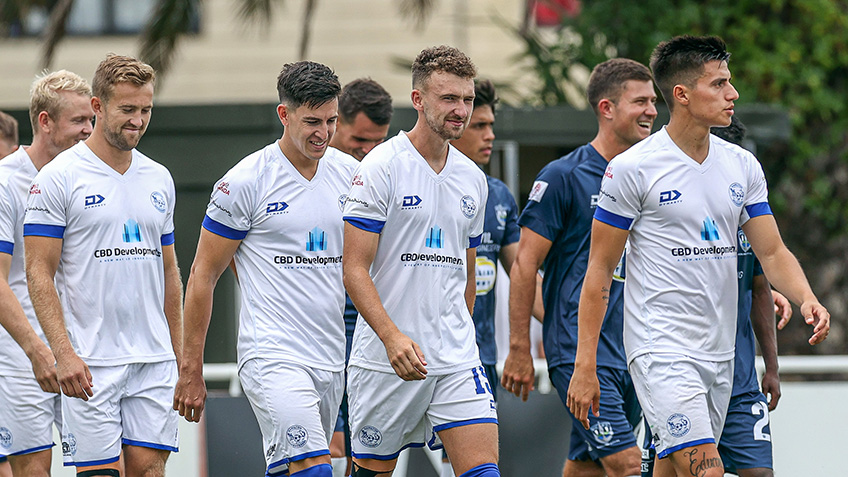 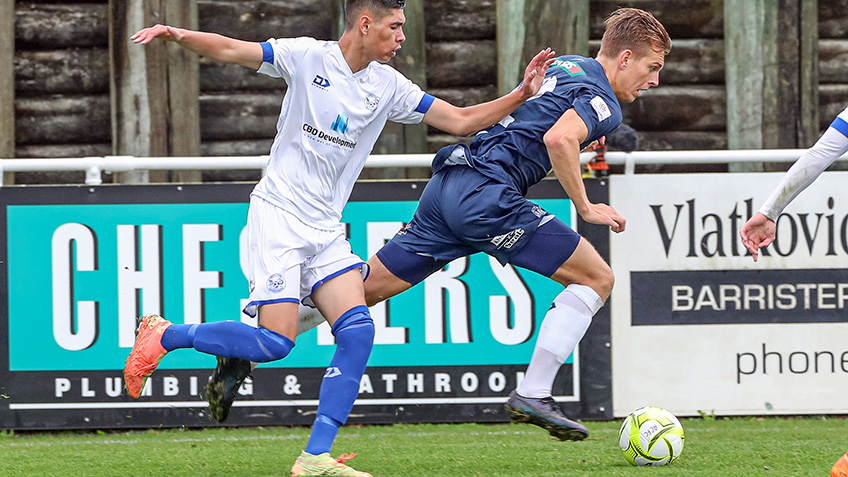 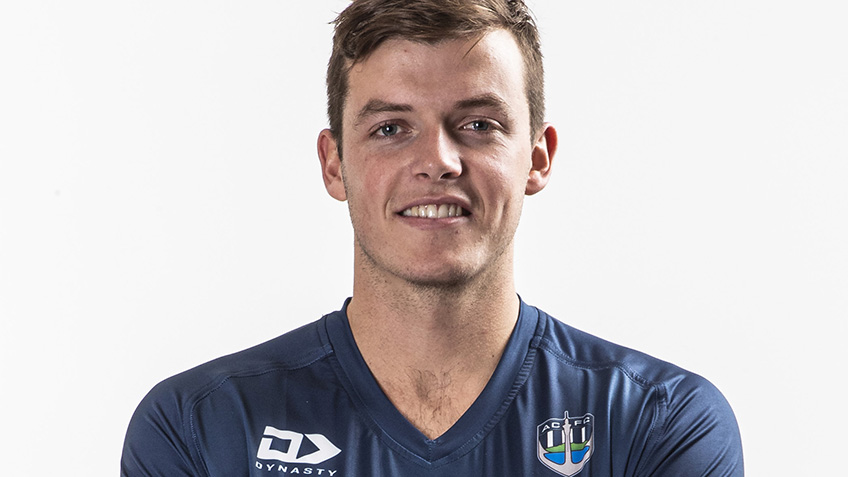