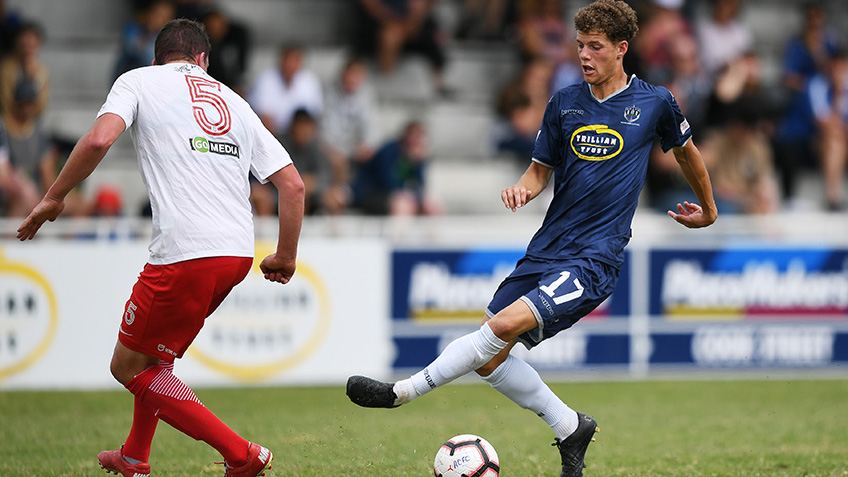 Wanderers, last season's wooden spooners, could only muster one win out of 18 matches and took nearly 14 attempts before they finally knocked out over a rival, a 2-1 win over Waitakere United on February 4, 2018.

Despite Wanderers hideous run, the Ricki Herbert-coached side pushed Auckland City FC to the limit when they last met, a 1-0 defeat at Links Avenue in Tauranga, but Ramon Tribulietx can point towards a crushing 6-0 home win inspired by an Emiliano Tade treble, a brace from Ryan De Vries and one from Callum McCowatt.

By contrast the Navy Blues are running red hot with six wins out of six matching their best start to a campaign since 2011-12 when they went the entire league season undefeated in 14 matches before tumbling out of the running for the title at the semi-final stages to Team Wellington.

The Navy Blues started that campaign with six consecutive wins before dropping two points at home to Waikato FC in a 0-0 draw at Kiwitea Street.

CONGRATS | The ISPS Handa Premiership Player of the Week is Dan Morgan, who scored for the @AucklandCity_FC and was a key contributor in their 3-0 away victory over the @WgtnPhoenixFC#ISPSHandaPrem #WhereAllWhitesAreMade pic.twitter.com/czewZkSFGc

Auckland City FC repeated the run in 2015-16 with 12 wins and two draws from 14 matches before losing the grand final again to Team Wellington but started the campaign with a win and a draw, thus breaking the sequence of consecutive wins.

Ramon Tribulietx says Wanderers will be a tough opponent after much renovation to their squad following last year's last place finish.

"Hamilton Wanderers are giving it a real go this year and have more points and acquired four players who are very dangerous. The front three have proved how dangerous they are on the counter attack.

"Tommy Semmy knows what he's capable of in transition. He can dribble through players and score. Derek Tieku is another of those players who can hurt you although he's not available for this match.

"Martin Bueno is a big player with a strong physical presence who adds a lot for Wanderers.

"Defensively they keep a high position to tempt you to attack. They're waiting for the turnover to turn defence into attack.

"This could be a dangerous game if we don't understand our positioning in the attacking third. They're getting good results and last week they were 3-0 down and came back to 3-3.

"That tells you about the spirit of their team and what they want to do and they'll be very motivated to beat us," he told www.aucklandcityfc.com.

TABLE | Here's how the ISPS Handa Premiership table is now looking, Still up front and unbeaten is Auckland City Football Club with Team Wellington in second place. Do you think we will see any dramatic changes this season? #ISPSHandaPrem #WhereAllWhitesAreMade pic.twitter.com/o5GWYEmEU8

In team news, Dylan Manickum returns to selection while Tavano has one more game to sit out after an appeal was turned down.

"Albert Riera is close to full fitness but he's definitely getting better and we're hopeful to see him on the pitch very soon.

"David Browne has been released from the specialist and needs to know the fracture has fully heeled. He's training in a non-contact capacity and he's working on the physical side of things when he can train with the team which is good news. David and Albert should be available for the Tasman game our last game of the year," he said.

In the National Youth League, the Junior Navy Blues must end a three match winless streak when they take on Hamilton Wanderers' youngsters at Porritt Stadium on Saturday at 2pm NZST.

A mere five points separates first through to eighth in a spectacular logjam that means Camilo Speranza's team can no longer afford any slip-ups in their title defence.

The first team match kicks off on Sunday 2 December at 4.35pm NZST and is live on Sky Sport.

This story will be updated Friday 30 November 2018. 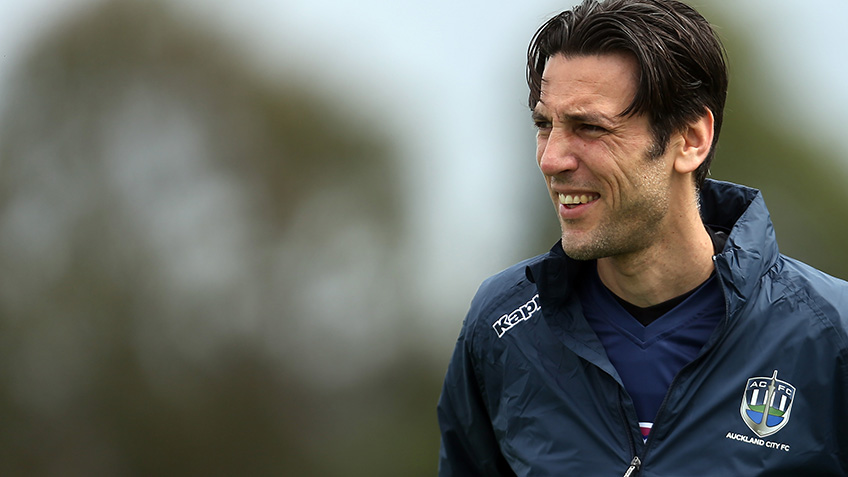 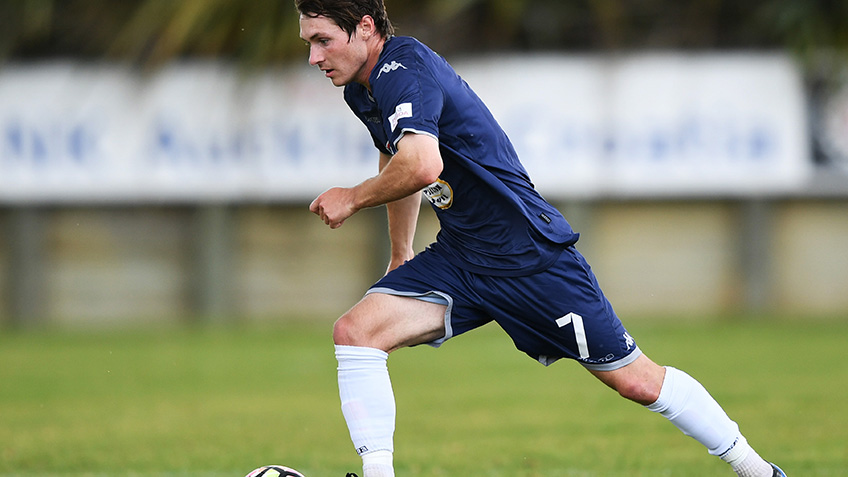 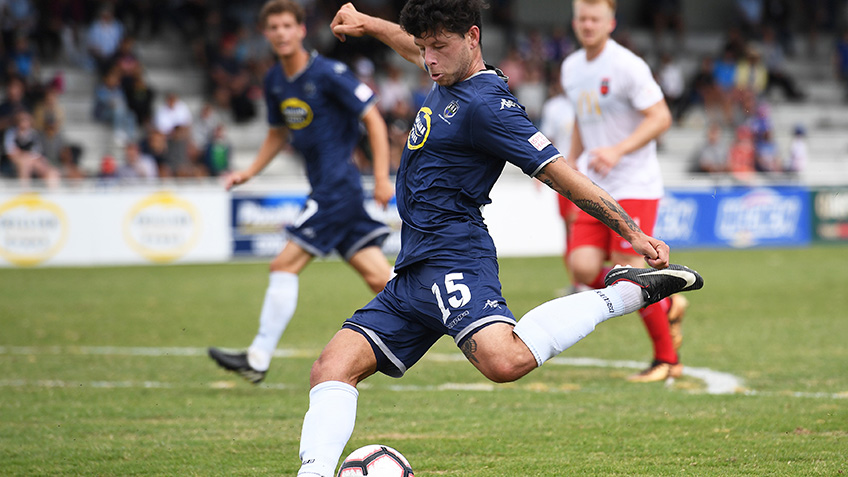 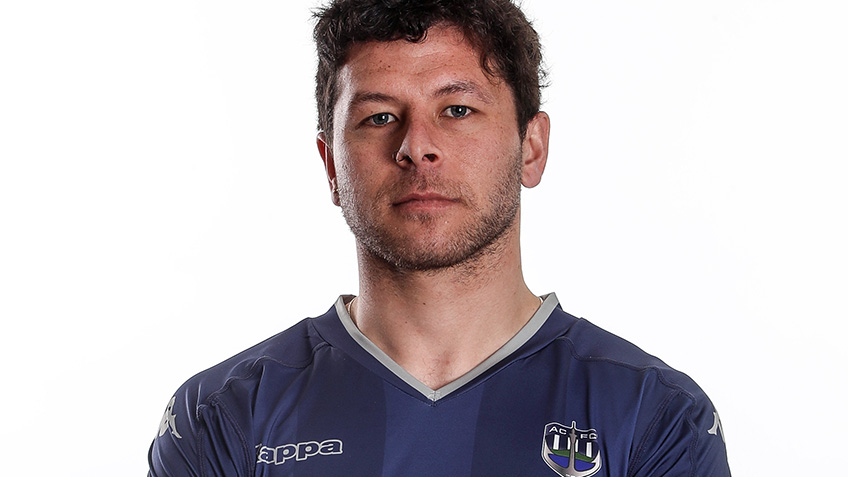